Whether your first major tech purchase is a mobile phone or a home computer, there are implications from day one, as you choose the type of products you will need to coordinate and integrate into your personalized information network. As you acquire laptops, tablets and other devices that work in cooperation with your smartphone, you’ll want to consider which products work best together. As we suggested in Choosing Worlds: Part One, it might be advantageous to take the long view at the outset, before the choice between devices such as the Samsung Galaxy S5 or the Apple iPhone 5S locks you into a family or suite of products, and enforces brand loyalties upon you that you might not have intended or understood going in. 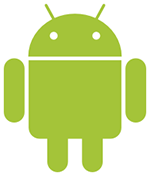 Operability between Apple iOS devices via iCloud, or between Google Android devices via Google Play, is something to consider based on the features you actually need to use or to be able to modify on your own. The popular perception of an iOS device versus an Android device may provide an instructive generality that could indicate the product line you’re inclined to be happier with: Apple devices offer fewer options, but are simpler and easier to use, while Android devices afford more flexibility, but more complexity, which requires more technical knowledge and a longer learning curve for the user. You’ll have to decide what kind of user you are, and which product line best fits you.

Some differences can be accommodated by purchasing additional apps that may level the field in certain respects, but you’ll want to understand which features are native to a particular product, and the cumulative costs of adding “missing” features, which can be accommodated by acquiring free or inexpensive apps, but only if they’re available for your device. Because statistically iDevice users are more willing to pay for apps, developers of games and other apps often publish for iPhones and iPods first, and develop subsequent versions for the iPad before creating a version for Android devices. The e-mail app Mailbox is one example of this trend.  Nonetheless, Google does boast superiority in some categories, especially where their apps maintain an advantage over the versions they create for iOS, such as its Maps app, and their unique app offerings such as Google Sky and Google Goggles.

Expanding your device network to include your television, stereo and other media devices adds versatility, but can also be limited by compatibility. For example, connecting your mobile phone to your television not only allows you big screen visibility, it can allow you to use apps that don’t have a desktop alternative in a larger format than your phone. The Samsung S5 along with many newer Android smartphones can display media on televisions and other DLNA (Digital Living Network Alliance) certified devices or by utilizing streaming media devices such as Roku or Chromecast and their corresponding apps.  The iPhone 5S and other iOS devices can display media via an Apple TV or other AirPlay compatible streaming media devices.  However the two systems are not cross-compatible and it is only through third-party vendors and their apps that users can stream media from either family of devices.  The same will certainly hold true when it comes to new wearable devices soon to be released by both Google and Apple in the coming months.   And users may even face this dilemma when it comes to their future choice of vehicle thanks to the recently announced Android Auto and Apple CarPlay systems.

Again, consumers must consider that when they purchase a device (or soon an automobile!), whether Android or iOS, they are also buying into a platform and its family of devices.  Planned obsolescence notwithstanding, you and your “family” will likely be together a long time. Considering the Samsung Galaxy S5 or the Apple iPhone 5S as starting points toward a deeper product line engagement, the choice of a smartphone might not be such a simple proposition, but one with broader and deeper implications for long term adaptability and expense.  So choose which world you want to live in wisely!